[Webinar] How will supporting packages help business resume, recover and grow? - Hear the view from ADB

COVID-19 is a truly global problem, touching every corner of the world including our country, Vietnam. From the direct health impact to economic, social, and political consequences, the pandemic has the potential to reshape countries across the globe.

During the current situation, the Asian Development Bank (ADB) has stated that they stand ready to provide financial assistance and policy advice to help the Government of Vietnam contain the spread of COVID-19. Last week, ADB has even tripled the size of its response to the pandemic to US$20 billion and approved measures to streamline its operations for quicker and more flexible delivery of assistance.

Join EuroCham and our honoured guest speaker at upcoming Zoom webinar to gain insights on how the supporting package will help our business:

• How is this supporting package of 20 billion USD split? What percentage is for the public and private sectors? How will ADB support in streamlining the review process?

• Update on the types of packages that ADB can offer to Viet Nam. Whether it will be quick-disbursing budget support, policy-based lending, or expedited disbursement of existing loans.

• ADB's view on whether the supporting packages announced by Vietnamese government are sufficient and how to use them effectively? Policy recommendations to support Vietnamese economic recovery after COVID-19 pandemic. 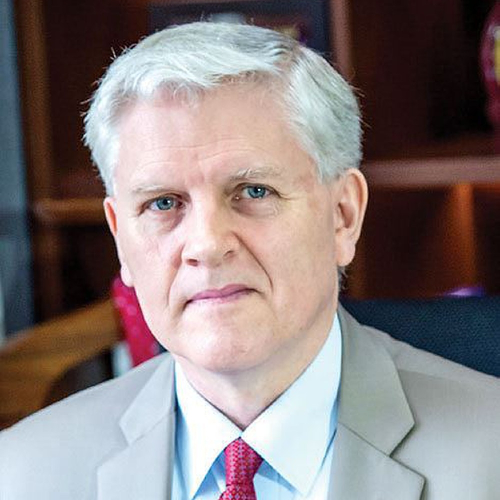 Mr. Eric Sidgwick took up the post of the ADB Country Director for Viet Nam on 7 September 2015. In this post, he is responsible for prioritizing and ensuring the effective implementation of the ADB’s assistance program to Viet Nam. Mr. Sidgwick will also lead the preparation of ADB’s next country strategy and program for Viet Nam, for the period 2016-2020, in close consultation with government agencies, development partners, business community and civil society and nongovernment organizations.

Before joining ADB, Mr. Sidgwick spent over 20 years working as an international macro economist at the IMF. In his early years, he worked mostly on fiscal issues in a number of countries in the Middle East and francophone Africa. He then worked on a variety of macroeconomic issues in Asian and Pacific countries, including Bangladesh, Mongolia, Nepal, Papua New Guinea, and Sri Lanka.

From June 2000 to January 2004, Mr. Sidgwick was the IMF’s Resident Representative in the Lao, P.D.R, based in Vientiane. From July 2004 to July 2006, Mr. Sidgwick was seconded from the IMF as Senior Economist in the World Bank’s Bangkok office, where he worked on public sector governance in Thailand, macroeconomic developments in Malaysia, and private sector development issues in Cambodia.

In both the Fund and the Bank, the analyses he produced were relied upon to form the essential underpinnings to both surveillance and program loan-related policy recommendations for senior government officials.

A French national, Mr. Sidgwick holds Master's degrees in international relations from the John Hopkins University and in economics from the London School of Economics and Political Science.

FOR MORE INFORMATION AND REGISTRATION: