To celebrate Europe Day – 9 May, the Delegation of the European Union to Vietnam, in collaboration with the French Institute in Vietnam, is organising a Special Concert entitled "OVERSEAS" which is created and directed by two renowned contemporary artists Nguyên Lê and Tuấn Lê. The two artists will join forces in an exclusive art project which combines the landscape of Vietnam's contemporary creativity, the metamorphosis of its migrated spirit, the blossoming of its unique roots through the journeys of time, onstage for the first time.

You are cordially invited to:

OVERSEAS is a live show where music, dance, circus art, costume design, set design, light creation, and dialog, presented by European and Vietnamese artists, blend to create a unique performance. It features original/unique new music written especially for the show, with a trademark mix of Vietnamese ethnic music and jazz influences, as well as electronic, hip-hop, rock and world-music.

Nguyên Lê was born in Paris to Vietnamese parents. A self-taught musician and having majored in Philosophy & Visual Arts, he has developed a distinctive sound based on the seamless integration of cultures around the world. He has received many awards, including, among others, "Django d'Or" (2006) and "Best Musician of the Year" (France 2011).

Tuấn Lê became a juggler at a very young age and moved to Germany at 14. In 2010, he received the Award of Excellence at the International Jugglers' Association. He has directed popular art shows: "Làng tôi", "À Ố Show" and "Teh Dar" which have been considered as the best art works in Vietnam.

Please confirm your attendance at the Cocktail and at the Concert in order that we can reserve tickets for you. The reservation should be made to email eventsupport@eurochamvn.org by noon on 3rd May 2019.

I am looking forward to welcoming you at the event. 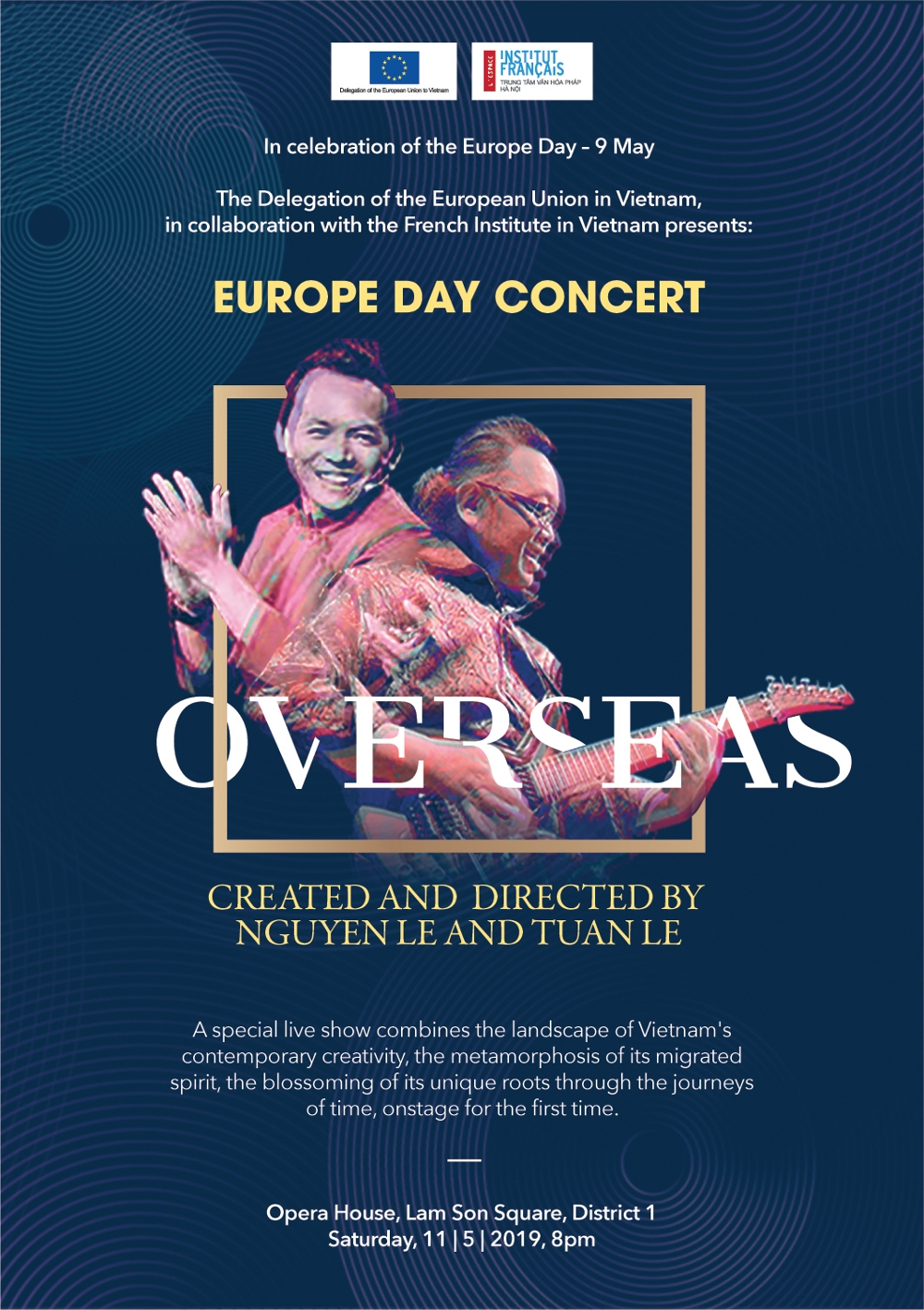 If you have any questions please contact Dieu Bui at eventsupport@eurochamvn.org or +84 2838272715.