Free and Open Indo Pacific Vision: The Challenges and Opportunities

In a speech when visiting Vietnam and attending the Asia-Pacific Economic Cooperation (APEC) Summit, US President mentioned a Free and Open Indo-Pacific vision.  "The Free and Open Indo Pacific Vision (FOIP)" is aimed at contributing to the stable and rules-based development of the Indo-Pacific. Its key pillars include trade, infrastructure, connectivity, and the promotion of rules-based behaviour in the maritime domain.

Join EuroCham this event to shed some light on these questions and to highlight the opportunites and challenges for Vietnam and the EU with the US's strategy in the Indo-Pacific region. 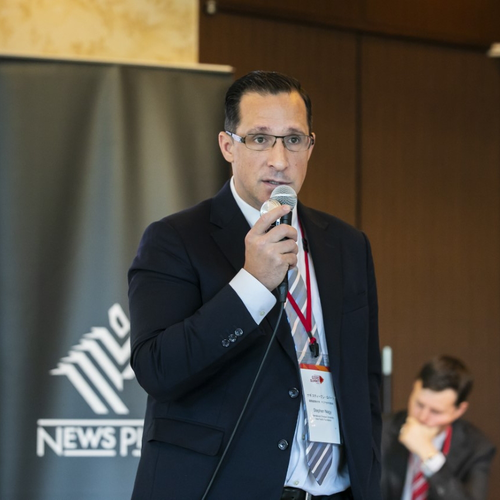 Stephen Nagy is a senior associate professor at the International Christian University in Tokyo; a distinguished fellow with Canada's Asia Pacific Foundation; a fellow at the Canadian Global Affairs Institute (CGAI); and a visiting fellow with the Japan Institute for International Affairs (JIIA).

His recent funded research projects are “Sino-Japanese Relations in the Wake of the 2012 Territorial Disputes: Investigating changes in Japanese Business’ trade and investment strategy in China”. Currently he is conducting a research project entitled “Perceptions and drivers of Chinese view on Japanese and US Foreign Policy in the Region.”

He has published widely in peer-reviewed international journals such as China Perspectives, East Asia, the Journal of Asian Politics and History and the International Studies Review on topics related to trade, nationalism and China-Japan relations.