If you have any questions please contact Anh Hoang Tam at tamanh@eurochamvn.org.

After a nearly-10-year journey, the ratification process of the EU-Vietnam Free Trade Agreement (EVFTA) is expected to be completed and the Agreement will finally come into force in the next few months. The EVFTA is foreseen to bring a new horizon of the strategic relationship between Vietnam and the European Union.

Join EuroCham and our honor guest speaker H.E. Mr. Giorgio Aliberti at this event to get insights on our road ahead, what happens next and discover what it means to our industries and how we could prepare for this game-changing agreement:

We encourage all EuroCham members to take advantage of this unique opportunity to have a direct access to the Ambassador and discuss your concerns about the historic upcoming implementation. 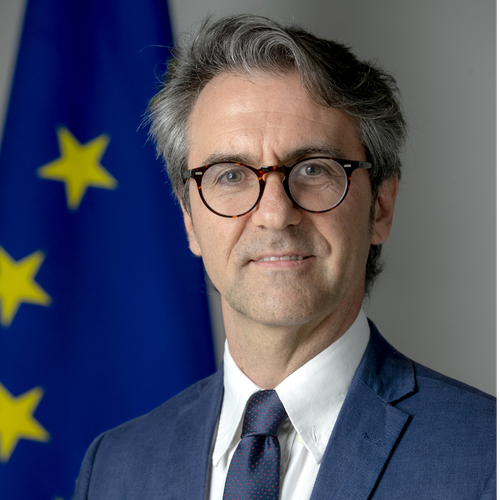 Giorgio Aliberti is the European Union Ambassador to Vietnam since 1st of September 2019. His previous post was Deputy Principal Director for Asia and Oceania at the Italian Ministry for Foreign Affairs and International Cooperation. He has served as Italian Ambassador to Myanmar from June 2015 to June 2018. His career was mostly focused on European and Asian matters.

He graduated in Economics at Bocconi University in Milan, continued his studies at the Ecole Nationale d'Administration in France, and had his MSc in Applied Environmental Economics at Wye College, University of London, UK. He lectured at Universities and international research centres in various European countries and participated as speaker on EU and Asian matters in many events. He published articles on EU and Western Balkans matters.